What are the “European Perspectives for Public Administration” (EPPA)?

In line with major initiatives within the US Public Administration community to periodically reflect about the academic field of researching and teaching Public Administration, the European PA community is also organising such an effort to debate its future directions. The main concern is to remain relevant and be part of a solution for future societal and policy problems.

In the 'European Perspectives for Public Administration' (EPPA) we want to take stock of the most important developments, and we want to develop a distinctively European perspective of the field. In Public Administration, here always understood as the academic undertaking of teaching and research, there have been several and repeated attempts trying to review the 'state of the art' and to formulate future directions, and this may even be a sign of a certain lack of maturity of the field. But this, of course, is only an indication, that we should try harder. The most important attempts so far are probably the so called Minnowbrook conferences (1968; 1988; 2008) and the Bielefeld interdisciplinary project (1986). Even though these undertakings offered many inspirations, we are convinced that this discussion needs new inputs, and that we need a distinctively European view.

EPPA can therefore be understood as a European version of the above mentioned initiatives. Our basic question is how we as researchers and teachers will and should deal with the changing role of public administrations and the public sector. Our aims are

This EPPA project is financed by the Anneliese Maier Research Award of the Alexander von Humboldt-Foundation. It is implemented by professor Geert Bouckaert (KU Leuven) and professor Werner Jann (Potsdam University), within the institutional context of the European Group for Public Administration (EGPA), and the European regional group within the International Institute of Administrative Sciences (IIAS).

The project was initiated in May 2014 and runs until 2019. A qualitative internet-based survey within the European PA community was conducted to assess and document opinions and concerns. Four major ´Pillars´ are developed and discussed : Disciplines, Futures, Cultures, Practices.

The ´EPPA Pillar: Disciplines´ aims to  discuss the links between the major disciplines that constitute the field of Public Administration. Key questions are how disciplines such as political sciences, management sciences, law, economics, ... are dialoguing, sharing, collaborating, (or not) with/within PA and how this could result in synergies to produce more relevant knowledge to understand the functioning of the field of public policies and administration.

The ´EPPA Pillar: Futures´ tends to start a dialogue on how the field of Public Administration integrates ´possible futures´and anticipates these futures of public service delivery and policies. The major concern is that futures will look different from the past and that PA should also take the lead in this transformation.

The ´EPPA Pillar: Cultures´ starts from the observation that diversity and cultures are an increasingly major feature of our European societies with a great impact on how to administer, govern our public policies and organisations. There is a concern that this diversity and these cultural features should be taken more into account.

Finally, there is the ´EPPA Pillar: Practices´which tries to bridge the knowledge production with the world of practice of providing public services. 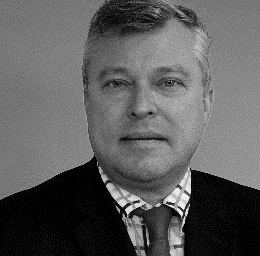